One of the biggest races at Del Mar this season will take place in September, as the Pacific Classic Stakes looks set to attract a deep field of Breeders’ Cup Classic hopefuls. 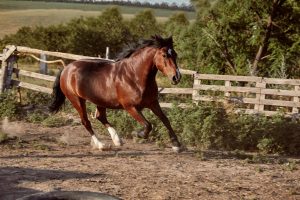 The race will be run over 1 ¼ miles, and a huge purse of $1 million will be up for grabs for connections. The event will happen in Del Mar, which you can read more about it here: twinspires.com/del-mar/betting-guide

Nonetheless, which horses are likely to be among the leading contenders for the race in California this year?

There are potentially few more exciting horses in the United States this year than John Sadler-trained Flightline. The horse looks on course for a bold bid in the Classic later this year, and the Pacific Classic could be one of his final prep races before the showdown at Keeneland.

Flightline boasts a perfect record at this stage of the season, as he has won on all four career starts. He has continued to progress throughout this season when stepped up in trip, but the Pacific will see him tackle the 1 1/8 mile distance for the very first time. However, on the basis of his run in the G1 Metropolitan at Belmont in June, he looks more than ready for the test.

Country Grammer would have been considered as a massive long shot for the Classic later this year at the beginning of 2022. However, his dominant win in the G1 Dubai World Cup at Meydan in March over rivals such as Hot Rod Charlie and Life Is Good is extremely strong form.

The Bob Baffert-trained horse returned to American soil at the end of July, and he delivered a strong enough charge to finish second in the G2 San Diego Handicap after four months away from the track. The attention will now turn towards Del Mar, as Country Grammer will be expected to put in a bold showing. That is supported since many of his best performances have come over 1 ¼ miles.

Express Train is almost the forgotten contender in the race for the Classic this season, but he is always there or thereabouts when it comes to the biggest races of the season. His last finish outside of the top three came in the Pacific Classic in 2021, while that remains the only time that he finished outside the money in his previous 12 starts.

During that period, he has picked up five victories and three runner-up places. His latest effort came at Santa Anita over the 1 1/8 mile distance, as he finished behind Stilleto Boy in the G2 Californian Stakes. However, prior to that run, he landed three straight stakes winners, with the most notable coming over 1 ¼ miles in the G1 Santa Anita Handicap. His Del Mar form could be questionable though.

Royal Ship will firmly be in the conversation when it comes to potential contenders to land the Pacific Classic The six-year-old finished seventh in the race last year, but he has shown some of his best career form throughout 2022. He has won two from three starts, which includes a victory at Del Mar on his previous outing in the G2 San Diego Handicap.

While that race may have been run over 1 1/16 miles, the fact that he beat likely contenders such as Country Grammer and Stilleto Boy is hard to ignore. However, his Grade 1 form is questionable, as he is yet to make the grade at this level. His latest effort in this company came in May, as he could only finish third in the G1 Gold Cup at Santa Anita.